“Mister Rotter?” A child’s voice could be heard through the Phone sitting on the table in front of Shark. 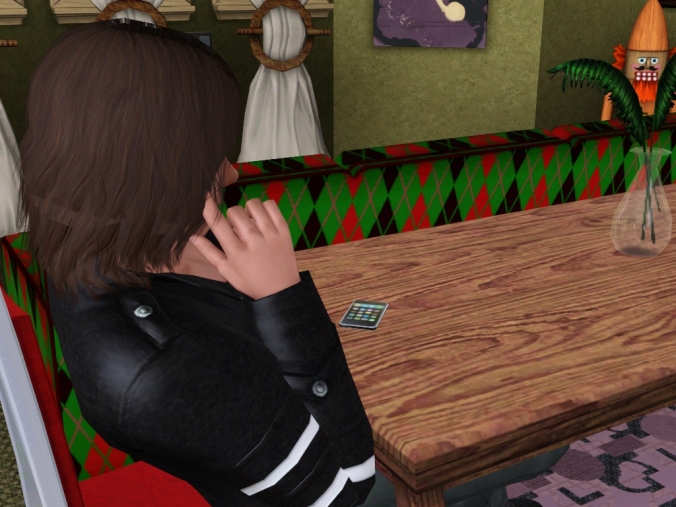 “Yeah, what do you want? I got one of your half-siblings here in need of a change, so make it quick.”

Shark listened with a strange sense of intensity. knowing full well that he probably shouldn’t be doing so. But he did anyway.

He then proceeded to listen to Sinbad shouting to a bunch of kids to ‘sit their butts down’ and turn on the TV to something on Nickelodeon.

It was at this point that Shark also heard footsteps coming down the stairs.

“Hey, Marc’s Law-Bro,” Romeo said in a cheery voice as he and Big came down apparently looking for something. Big scowled at what he’d just said.

“He’s got a name, you know,” he told him as Romeo took a seat across from Shark.

“Yeah, but I can’t remember it so good.”

Romeo then leaned forward in the chair, in an almost painful manner. It looked as though he wanted to ask, but didn’t know the right words. Shark was happy to say it to him, anyway.

“Well, depending on how far you’re willing to go for a name,” he said while trying not to be heard on the phone, “I’ve gone by Shark -still go by that, so I suggest you use that when you’re talking to me-, then I’ve been Junior, DJ, Mister Racket, loser, whatever nonsense my Uncle Bill spewed while pointing at me, uh…”

Romeo stopped him before he got any further.

“Okay, I get the idea, Marc’s Law- I mean Shark.” He looked desperate to change the subject, especially with Big standing behind him no doubt staring right into the back of his head. “What are you listening to, anyway?”

“Oh, this?” Shark pointed to the phone. “Sinbad pocked-dialed me, and he hasn’t realized it yet.”

As soon as he said this, Sinbad’s loud, shocked voice rang through the phone.

“Holy fuck, the black kid’s got two dads! Is this really on Nickelodeon?!” One of the children in the background heard this, and clearly didn’t care for his language.

“You said a swear,” she told him. “Now you have to put a quarter in the swear jar.”

“Here’s fifty bucks, that should get me through the next three hours I’m here.”

By this point, it seemed as though Shark had heard enough. In a series of swift motions, he tapped the phone call to hang up.

Then he just stared off into space for a while, concerning Big and Romeo. 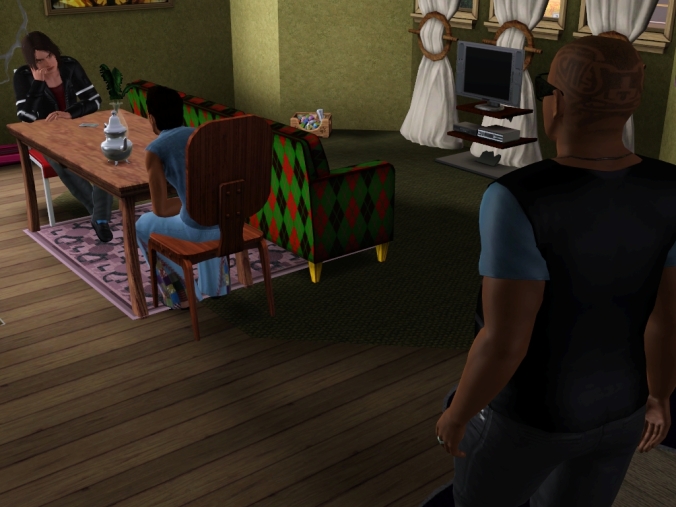 It felt like forever before he actually broke the silence.

“So what were you guys doing today? It seems like the two of you had plans.”

Big nodded. “Well, Romeo and I were needing to go over to the neighbors house. Apparently some weeks back, Harwoof decided to, let’s just say, fraternize with the perceived enemy.”

“He knocked up their Akita Inu,” Romeo clarified. “After we go meet the neighbors to discuss what to do with their puppies, Big and I were thinking of going to this Mexican food place we don’t go to as often as we want.”

Shark was quiet, thinking over their plans, before asking, “Can I come?”

“Well, sure!” Big told him. “We were actually thinking of asking you, since I’m pretty sure you love dogs like crazy. You also seem to want out of the house a lot, too. And you get to meet puppies, which you can thank Harwoof for.

“Ain’t that right, you randy son of a bitch?” He said to the culprit, shaking his head but letting out a few chuckles.

Harwoof said nothing, being that he was a dog and incapable of human speech. 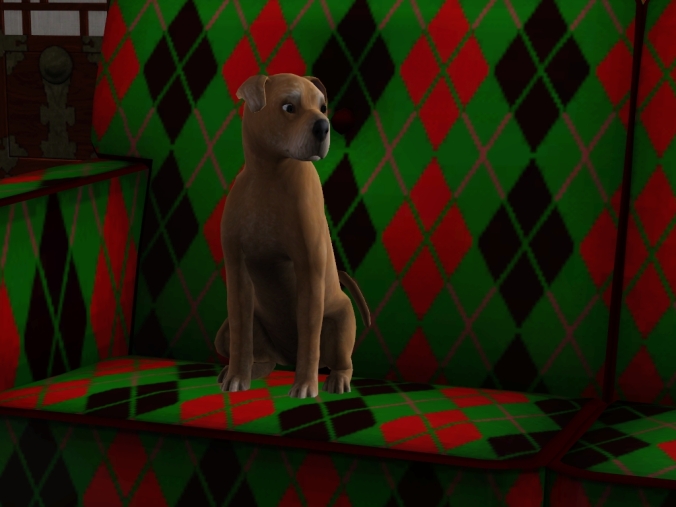 Though he seemed to be well aware of what it was he’d done.

One thought on “Hey Not So Loud”